skip to main | skip to sidebar

Something a little bit different for me. A commissioned portrait of someone's grandparents. 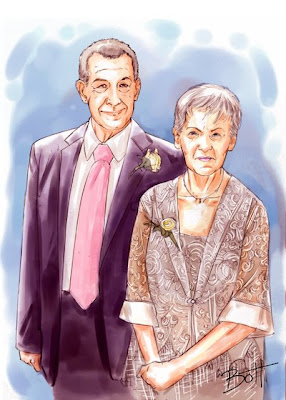 Below are a couple more convention marker sketches. John Constantine (Hellblazer) and the character from a new story I am working on. 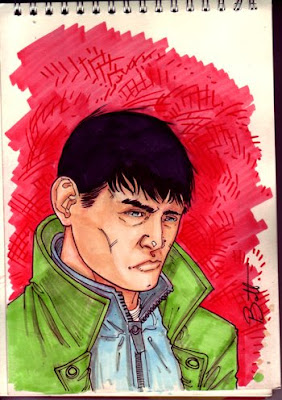 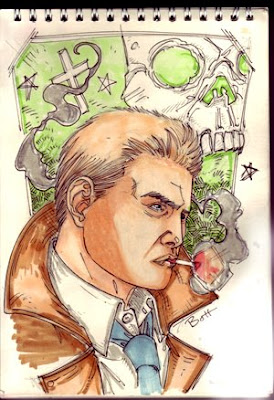 Posted by jimbott at 2:14 PM No comments:

Got back from the birmingham con late last night and I've been scouring the internet for anybody that has scanned some of my sketches. If I did a sketch for you this weekend and you have it online can you please email me the URL at jimmy@jimmybott.com. Many thanks.

Below are a couple I have found so far. 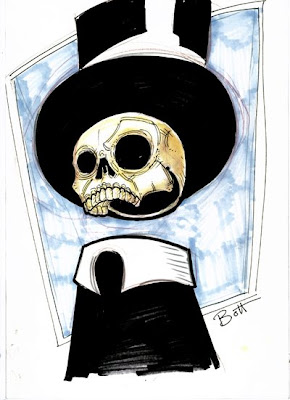 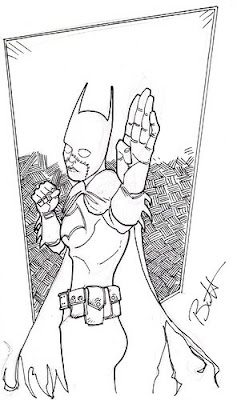 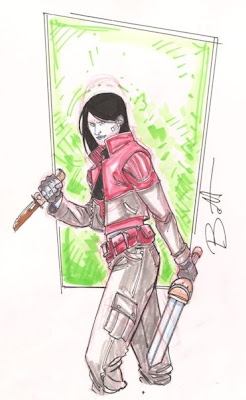 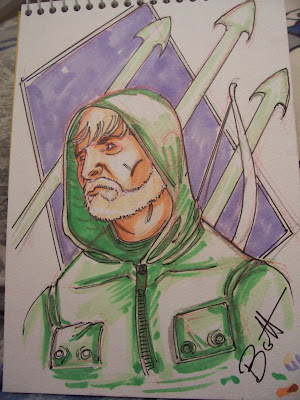 P.S. Dave, if you read this. I'm going to do a special peice to give to you at Bristol next year :)
Posted by jimbott at 2:47 PM 2 comments:

This is a pinup I did recently for a friend, Arvid Nelson. To be featured in an up coming issue of his Darkhorse mini-series "Zero Killer". 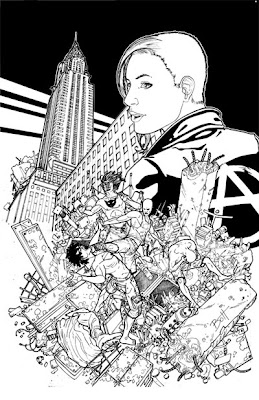 I finally got around to ink this pinup. Most of it was done while I was sat at my table at the comic convention in Bristol last weekend. 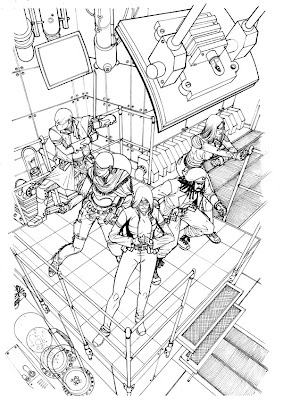 Someone took a picture of me while I was sketching and I didn't even realise it :) 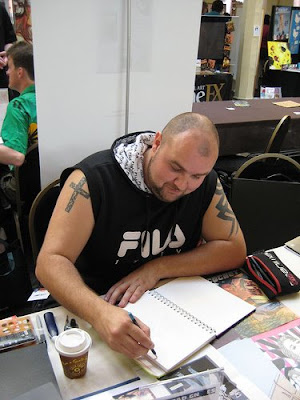 Man, this book has been the craziest experience of my life.

For anyone wanting to know the book is resolicited in April through Desperado Publishing for June sales.
Diamond Code APR083747 PAGE 261 Price $10.99
Written by Barb Lien-Cooper and Park Cooper.

We started out in 2005 as a mini-series with 'Speakeasy Comics' who went down before our series hit. We then signed with the Dabel Brothers May '06 who wanted us to sell it as a graphic novel for Halloween. Which in all honesty the format worked better with the story in my opinion. A couple months later Dabel Brothers finalised their paper work with Marvel and we were taken on as the only creator owned comic book they were due to publish at the time, but with plans to publish more. Half Dead was to be released in March '07.

March 28th 2007 comes and Half Dead is released, not too bad initial figures coming in at Number 50 on the chart, and steady reorders in the hundreds. Then, lightning strikes again, Marvel and Dabel split company, and the end of July/early august the book goes on stop at diamond. None to leave the diamond warehouse in Memphis until it's sorted. After the contract break, Marvel no longer had the legal right to distribute the stock and dabel brothers moved on and were no longer interested in dealing with it. Leaving us in a bit of a sticky situation. A bunch of stock we have already paid the printing costs for, heavily in the red on production costs and no way to recoup even a fraction of our losses.

After a couple months of working it out with Marvel and Dabels lawyers. We sorted out the situation and we got the paperwork to sell the remaining stock through a third party. Even though it was branded with the Marvel and Dabel Brothers logos. As diamond did not want to deal with me directly we had to go and find a publisher willing to help us. THANK GOD for Joe Pruett and Stephan Nilson at Desperado Publishing. Who have kindly worked their asses off to sort it all out with Diamond and get the book back on the shelves. I can't thank them enough for everything they have done.

So please, if you see it in your store, give it a flick through and see if it's your kind of thing. It's gone through a lot to get there

"HALF DEAD is clever, compelling and personal - with a unique narrative and unbelievable images that will haunt you. If Luc Besson and Stephen King had children, HALF-DEAD would be their beautiful, twisted offspring." --David Gallaher, writer, HIGH MOON, VAMPIRE: THE MASQUERADE, JOHNNY DOLLAR
Posted by jimbott at 4:01 PM 6 comments:

This is just a bunch of stuff I've been working on recently I wanted to post.

Posted by jimbott at 3:55 PM No comments:

Portrait of one of my sisters, Jenny.